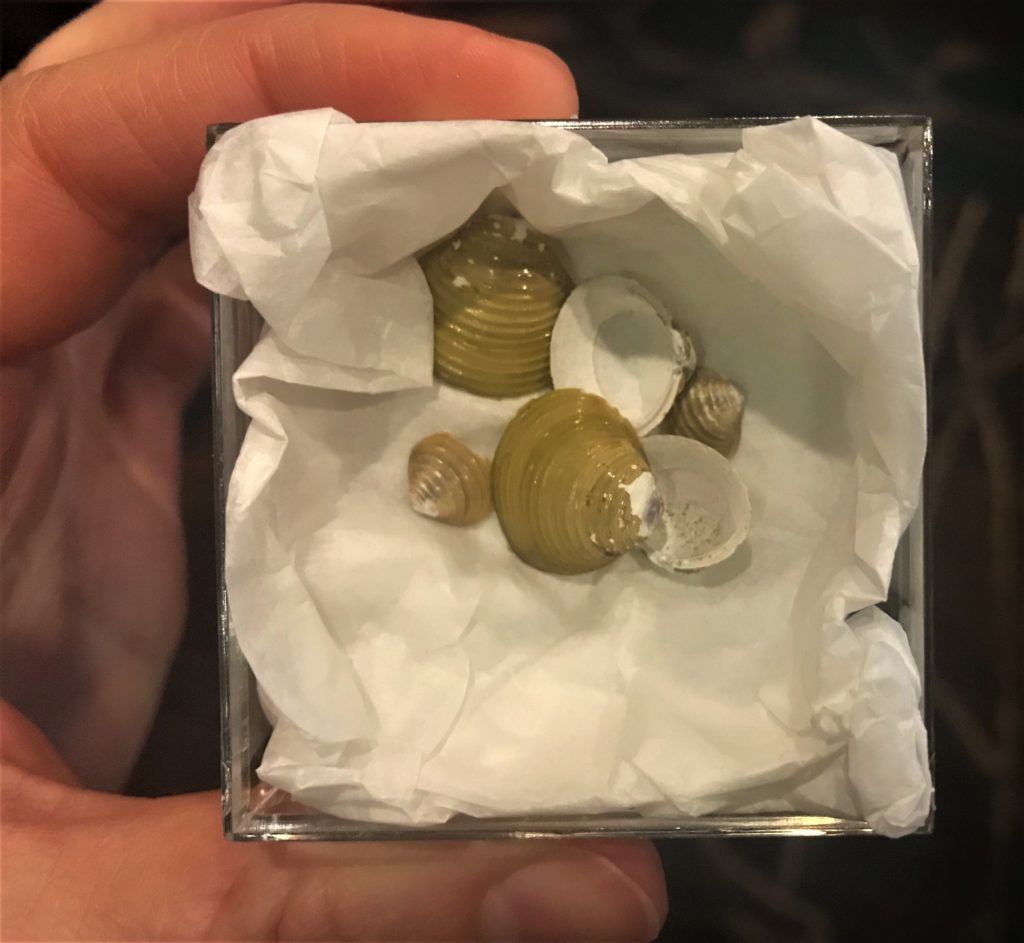 Clam shells found on a beach in the Shuswap last fall have been identified as invasive Asian clam.  At this time only dead shells have been found.

“The Provincial staff have told us they have not confirmed any live individuals, and indicated that monitoring will continue for the coming season” says Sue Davies, Aquatic Coordinator for the Columbia Shuswap Invasive Species Society.

However, populations of the invasive clam aren’t far off: they do exist in several lakes in the lower mainland and are widely distributed in Washington State. This is the first indication that they may have spread to Shuswap Lake. Members of the public are asked to please report any suspected invasive species via the Provincial “Report Invasives BC” smartphone application (available for download from www.gov.bc.ca/invasive-species) and any suspected invasive zebra or quagga mussels to the Report All Poachers and Polluters hotline 1-877-952-7277.

Asian clams are small bivalve shellfish, originating in Asia. They are considered invasive due to their negative impacts on many North American waterways.

Columbia Shuswap Invasive Species Society (CSISS) provides education and information to the public regarding invasive species such as Asian clam. CSISS has been monitoring lakes in the region for invasive species as part of the Ministry of Environment and Climate Change Strategy’s provincial lake monitoring program.  To date, none of the samples from Shuswap Lake have come back positive for Asian clam larvae.

The larvae of Asian clam are microscopic and could potentially be transported in standing water in boats.  Adult Asian clams are also small – the size of a fingernail – and could be embedded in mud on a boat or boat trailer.

“It’s possible that Asian clams came to the Shuswap as fishing bait, as live food, or accidentally inside a watercraft,” says Davies. “It is super important not to transport invasive species.  Never release live animals or plants into waterways, and remember to Clean Drain and Dry your watercraft when moving it between waterbodies,” she adds. “We encourage all boaters, anglers, and paddlers to Clean Drain Dry their watercraft and gear every time they move from one lake to another because it is the most effective way to prevent the spread of invasive species.”

“Just walk around your boat, remove any mud or plants, drain compartments, mop up standing water with a chamois cloth, and make sure everything, including your fishing gear, is properly clean and dry before relaunching into a new lake or river.  It’s pretty simple and can prevent a world of problems,” explains Davies.

Asian clams are self-fertile, so a single clam can start a new population. They can produce up to 70,000 eggs per year and can reach densities of up to 20,000 individuals per square meter of lake bed.  They are filter feeders and can reduce biodiversity and food available for fish.  Dense populations may have the potential to clog filters on hydro systems and water pipes, imposing costly maintenance.  They are also known to harbour parasites that are harmful to humans if the clams are consumed raw.

A fact sheet for Asian clam is available at https://www2.gov.bc.ca/assets/gov/environment/plants-animals-and-ecosystems/invasive-species/alerts/asian_clam_alert.pdf

Travellers bringing watercraft to BC are encouraged to visit the provincial website, https://www2.gov.bc.ca/gov/content/invasive-mussels/bringing-your-boat-to-bc 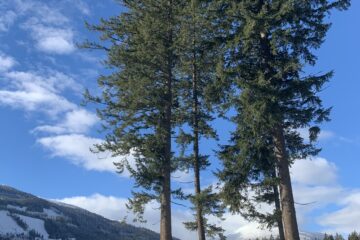 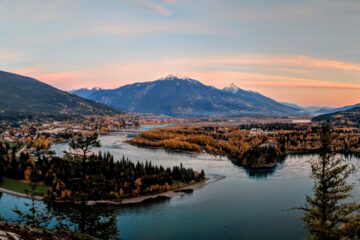